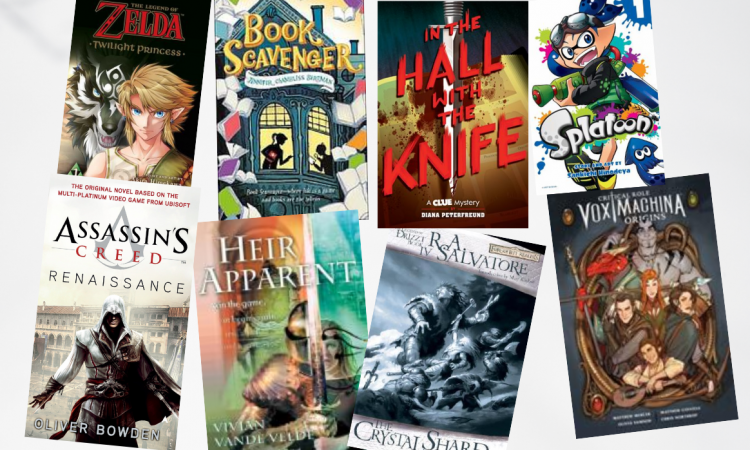 We spend so much time talking about games or gaming in libraries, but what about books? If you can’t get enough of your favorite games, check out these books inspired by or about games. We hope you enjoy this fun list with something for every kind of gamer. Happy reading!

Books for Board & Card Game Fans – for when you can’t get the crew together for game night.

Books for Dungeons & Dragons Fans – no matter if you’re a complete noob or a seasoned dungeon master, all of these books will be a critical hit!

Books for Escape Room Fans – you’ll be solving the puzzles right along with the characters. Good luck!

Books for Video Game Fans – when you can’t take your game with you, you can still take the story with you.

Dystopian Books for Gamers – all of these virtual reality games are made up, but who knows how real they could become in the not-too-distant future?