Each year participants in International Games Day are gifted games by our wonderful donors. Today we’ll look at the donations from Paizo.

Pathfinder Adventure Card Game: Wrath of the Righteous Base Set 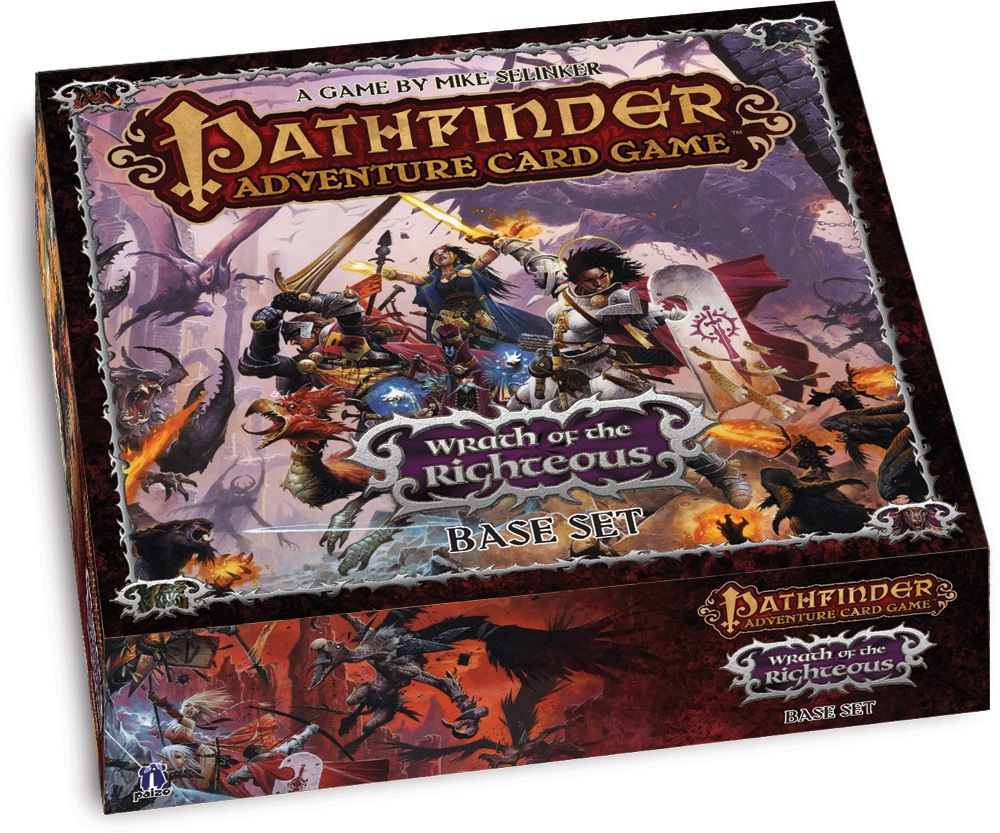 The Abyss awaits! When the city of Kenabres is destroyed by a horde of demons, only you can save the world! In Wrath of the Righteous, the epic new Adventure Path for the Pathfinder Adventure Card Game, you will travel to the Abyss to battle the malevolent minions of the demon lord Deskari. Along the way, you’ll become mythic heroes that rival the greatest legends the world of Golarion has ever known. The saga begins in the Pathfinder Adventure Card Game: Wrath of the Righteous Base Set.

Demons abound! Only you and your fellow adventurers stand in the way of the dastardly villains who seek to corrupt all of Golarion!

In this cooperative fantasy card game, each player selects and builds a character deck. It is with this deck that players band together to play through scenarios, clearing out locations and protecting them against further corruption by demons. Protected locations means villains have fewer places toward which to retreat. It is your ultimate quest to defeat the villain before it’s too late!

You can read more about this game here and see an explanation of play here.

Thank you Paizo for helping make International Games Day a success each year!