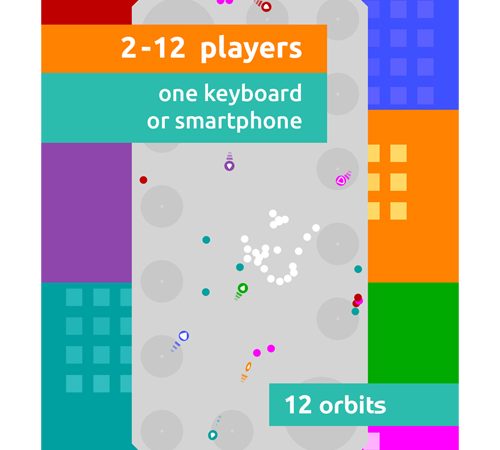 International Games Week would like to thank Roman Uhlig for the generous donation of his game 12 Orbits. This local multiplayer digital game, which is available on Steam and Itch.io, is a 2 to 12 player game suitable for all ages and available in 14 languages. 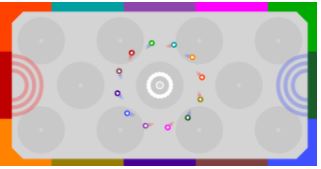 12 Orbits takes only seconds to set up, is easy to learn, and allows users to play against each other or in teams. Players can choose from four different game modes. In Multiball mode you are part of a team. This mode is much like a football game but you have multiple balls and exploding goals.

Arena mode challenges you to fill the arena with your own color while avoiding your opponents. 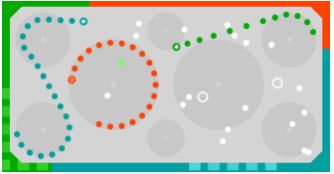 Trails mode requires you to collect spheres to grow larger than your opponent. A strategy is required because not only do you wish to grow, but you need to stop their growth. 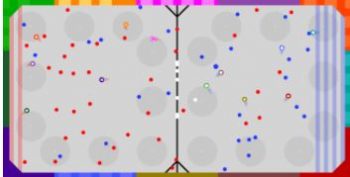 Blizzard mode is another team mode. In this mode, you play on your side of a line and defend your side against multiple spheres showering across the boundary.

See the gameplay in action!

The languages supported by this game are Arabic, Chinese (Traditional and Simplified), English, French, German, Hindi, Italian, Japanese, Korean, Brazilian Portuguese, Russian and Spanish (European and Mexican).   Tutorials for 12 Orbits are also available in these languages.

Thanks Roman Uhlig for supporting International Games Week 2017 with your generous donation!