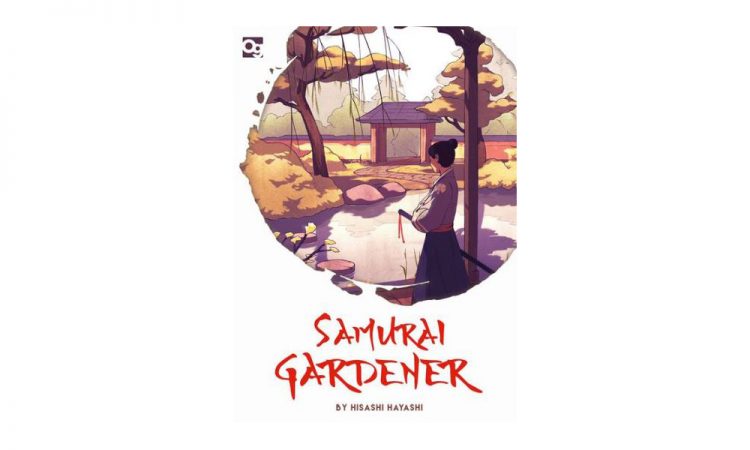 Samurai Gardener first appeared in 2013, from the Japanese publisher OKAZU Brand–a publisher known for excellent games in small boxes. Four years later, it began appearing in other languages in a worldwide release. Osprey Games brings it to the English-speaking market, and so this game of gardening and table-slapping has come to International Games Week!

Two to five players each play gardeners, seeking to create the most attractive patterns in a new imperial garden in Edo, Japan. The garden is made up of a grid of cards, each of which represents a kind of terrain in the garden (ponds, pathways, orchards, etc). Each turn, players will try to acquire new tiles and put them in the garden.

Certain patterns pay out more points, based on the difficulty of creating the pattern.  Four-in-a-row scores better than three-in-a-row, for example. The catch is that you have to score one of each terrain before you can score a terrain type again–and two of each before you score one a third time, and so on.

The other catch is how you get your tiles! Each round, a number of tiles from the deck is offered, equal to the number of players. Then, at the count of three, each player reaches out and the first to slap a given card gets to keep it. It pays to be quick!  This is why you need to be a samurai in this garden…

This is a pretty fast game–fifteen minutes or so. There is no text in the game, and the rules to the game are very simple. One challenge might be to ensure that everyone on the table can slap the cards. Provided that, this is a game that players of all ages and experience levels can enjoy.

Many thanks to the prolific designer Hisashi Hayashi for designing this game, and Osprey for donating copies for International Games Week 2019!

Osprey Games is the dedicated games division of Osprey Publishing (part of Bloomsbury Publishing plc) and publishes a wide range of wargames, card games, and board games. Launched in 2014, the company has produced an array of critically acclaimed titles, including Frostgrave: Fantasy Wargames in the Frozen City, Bolt Action, Odin’s Ravens, Wildlands and The Lost Expedition.