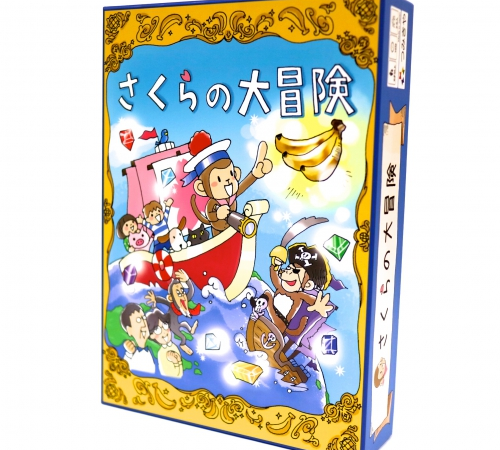 International Games Week thanks Tsumikiya for their donation of Sakura no Daibouken/Sakura’s Great Adventure.

In Sakura no Daibouken, players work cooperatively as a lovable monkey and his pals in a journey around the world. They seek seven jewels in their quest for the Golden Banana. But beware, Monkey X, the pirate, is also after the Golden Banana.

In this game, players use numbered action cards to move Sakura around the board to collect the seven jewels. If a square has a jewel the player takes it and places it aboard the ship at the top of the board.

And remember, cooperation is necessary to achieve victory and the Golden Banana.

Thanks, Tsumikiya for donating to International Games Week 2019!