We’ve been hearing from a lot of libraries about how much fun patrons had at their National Gaming Day events, and now we have some numbers and anecdotes to help illustrate what happened. We’re still going through the 845 survey responses, but here’s what we’ve found so far. 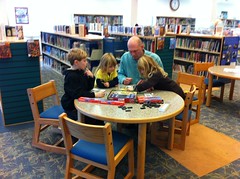 You can see more about the 2010 national video game tournament results or compare these numbers to the 2008 and 2009 Gaming Day events.

As usual, though, the anecdotes submitted by librarians are what really tell the story — and success — of National Gaming Day. This year, we again received stories about intergenerational gaming, kids and teens becoming more invested in their libraries, displays of sportsmanship, librarians building relationships with new patrons, and more. Here are just some of the stories that embody the goals and objectives of National Gaming Day @ your library. 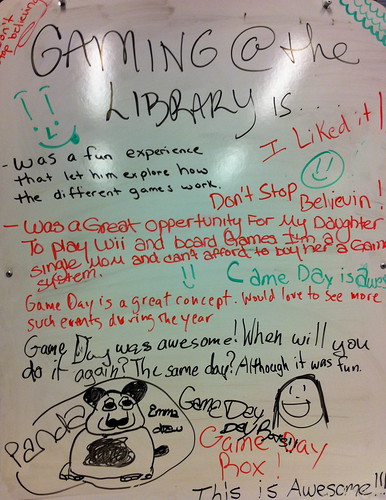 Eval at end of day at Haverhill Public Library