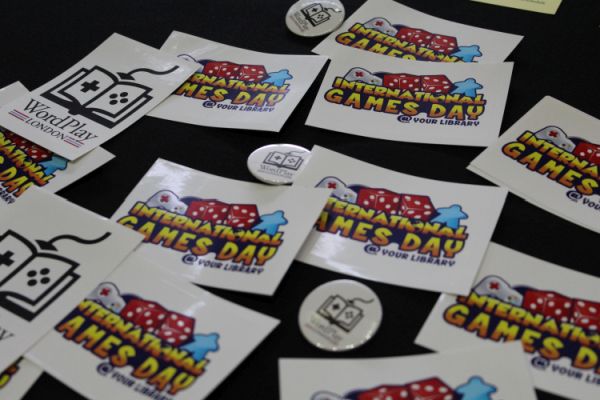 What are the benefits of taking part in IGW to the British Library? 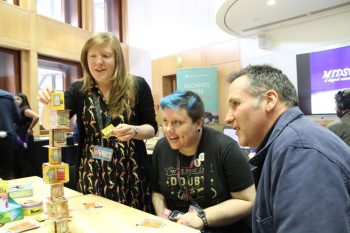 International Games Week is a great way of making the library seem less intimidating and attracting new audiences, including young people into the British Library. It is also an opportunity to showcase British Library Digital Research team projects, such as the Off the Map videogame creation competition and interactive fiction initiatives, such as Rob Sherman’s writing residency.

Last year you hosted WordPlay as part of your International Games Day 2016 event, how did this come about?

The Hand Eye Society is a not-for-profit dedicated to supporting and showcasing videogames and they usually run WordPlay events in public libraries their home city Toronto, Canada. However in 2016 they approached the British Library as they were interested in holding an event in London. I was interested in hosting WordPlay at the British Library as I felt that their aim of promoting interesting uses of writing and words in contemporary games fitted well with the interactive fiction initiatives I had been working on. So I suggested a collaboration for an International Games Day event, as The Hand Eye Society are very well connected with game and interactive writers and I thought the event would draw a hip crowd; which it did and it was also great to have international participants in the games showcase.

Does the British Library have a collection of games?

We don’t have a collecting policy for games to be added to the Library’s permanent holdings. However, we have a growing number of board games and card games owned by the Digital Research team that can be played at International Games Week and at other times, we’ve also started hosting a pop-up games parlour at some of the Late at the Library events, which is great fun.

Finally why do you think libraries should promote games and gaming?

Making and playing games is an opportunity to engage with new audiences, especially young people. In my opinion the differences between books, films and games are blurring – we should not be obsessed with format, but think of the quality of the writing and narratives. Libraries need to adopt and adapt with technologies and trends to offer relevant services and collections.