This guest post is brought to you by  James Laws – editor of Redbrick Gaming.

AdventureX – A Celebration of Good Games and Great People

On a calm weekend in London, the British Library awaits. This magnificent venue played host to AdventureX, the only convention completely dedicated to narrative-based gaming. From its opening back in 2011, the convention has grown massively over the years, managing to squeeze hundreds into its theatre. 20 games were on display, from the quintessential franchises well-known in the sector such as Spooky Doorway’s The Darkside Detective to new ones I’d never seen before, like the WW2 espionage thriller Over The Alps, from Stave Studios.

The main attraction of AdventureX, though, is the speeches and presentations from industry legends who take the time to mix with the public to discuss what makes a great narrative game. Dave Gilbert of Wadjet Eye Games opened the convention by giving a post-mortem of his latest release Unavowed, giving the audience a telling look into his development process: the sacrifices he had to make, and the changes to the story, mechanics and characters that had to occur to make the game even possible to complete. Initially, the scope for the game’s development was far larger, but he explained how he managed to compromise and craft a fantastic, dynamic storytelling experience. I played it for the first time after hearing his speech, and it did not disappoint. Rarely do I get so engrossed in a game that I just have to keep playing just to see what happens next before accidentally finishing the whole thing, but Unavowed is one of those games.

Whilst undoubtedly a highlight of the conference, Gilbert set the stage for a huge variety of brilliant speeches, all streamed live on Twitch for those who couldn’t make it on the day. Chella Ramanan delivered an eye-opening investigation into Afrofuturism and Postcolonialism in media via her presentation Afrofuturism and Black Panther, explaining how to create black characters with meaning, rather than rehashing the few stereotypes we so often see. Haley Uyrus went into detail on her career marketing adventure games, giving valuable insight to the present developers, as well as non-dev-industry folks (like myself) who were fascinated to know more about a little-known, yet vital, aspect of the game development process. Mark Brown, of YouTube channel Game Maker’s Toolkit fame, gave a speech on how to make a good detective game, discussing the key aspects of such games as Lucas Pope’s breakout success Return of the Obra Dinn, as well as answering questions from audience members. The speech is also available on his YouTube channel, in video essay form. 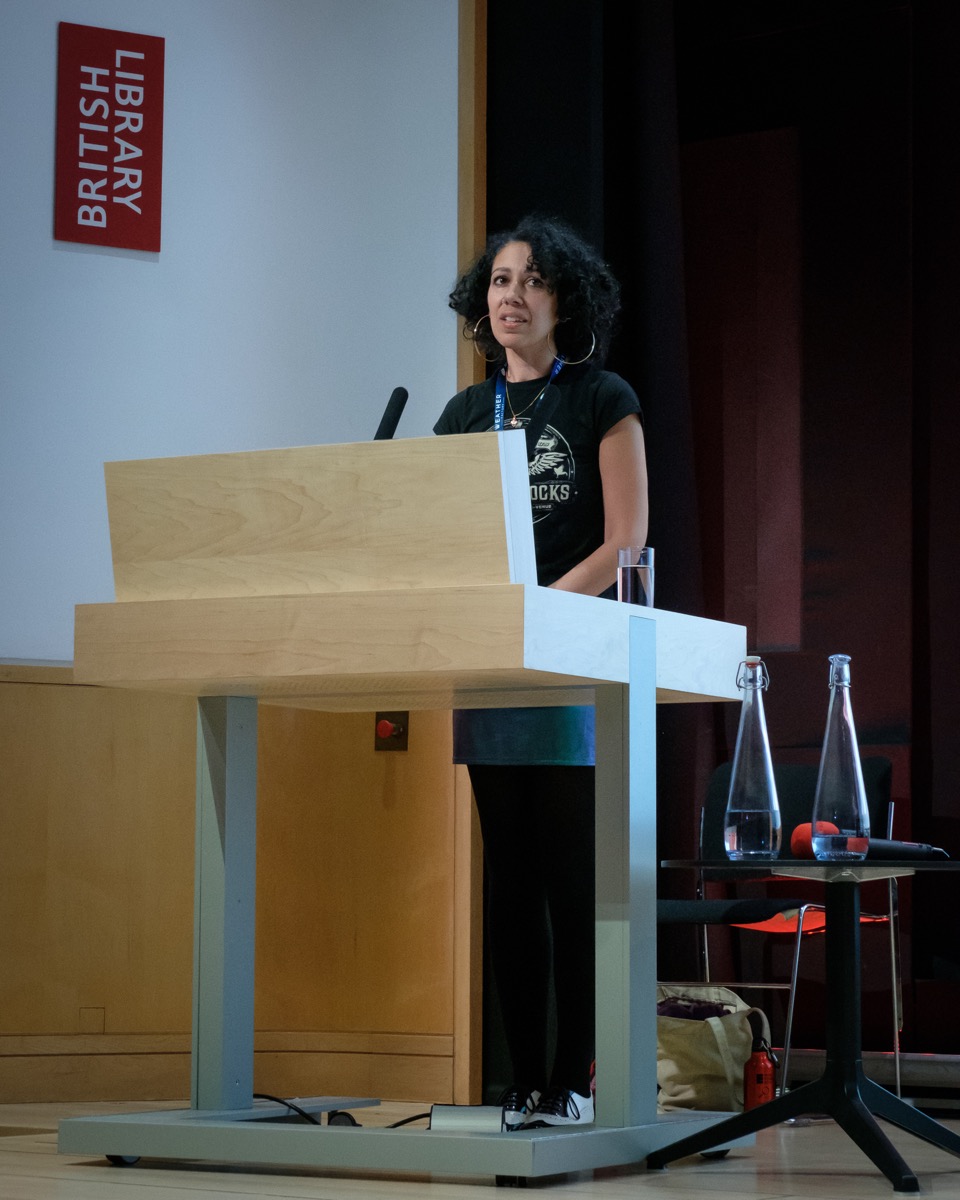 Each and every person who took that stage had their own counsel, their own perceptions and perspectives to share with the audience, the event was truly a celebration of what diversity could be in gaming. The convention fostered such a warm, welcoming sense of community, one that is so rare in the games industry; no matter your background, everyone I met was kind and thoughtful, from the people showcasing their games to the fans who came along just because they love point-and-click adventures to the various game developers and writers I had the pleasure of meeting that weekend. I should also mention that each and every single one of the talks had a sign language interpreter at the front, something I have not seen at any other gaming convention. On the YouTube channel of AdventureX, you can see the speeches that have been uploaded, including the ones I mentioned previously and presentations from other years at the convention. I recommend checking it out if you’re at all interested in what I’ve described here.

AdventureX is something special, and I can’t wait to go again next year. Join me if you can, I promise you’ll meet some fantastic folks and get exposed to some truly moving stories.