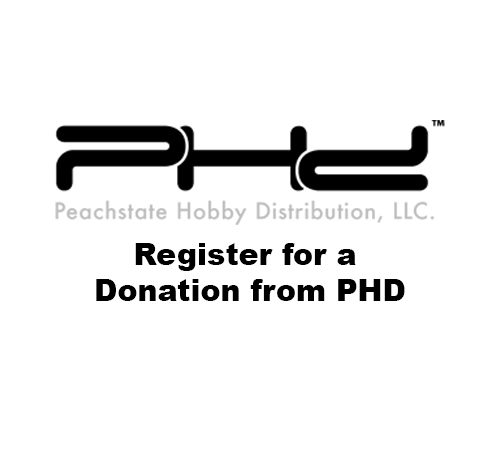 International Games Week would like to thank Peachstate Hobby Distribution (PHD) for their donation to U.S. Libraries! (register below)

game stores for many years. As part of their service, PHD provides outstanding Organized Play (OP) support with a dedicated on-staff Director of OP. Specialty game stores run in-store events nearly every night of the week in an effort to bring neighbors together and create a sense of community. PHD wants to bring that paradigm to libraries and media centers to help make your location an event destination.

PHD is donating three bundles of the following games to libraries registered for IGW 2017 in the United States. This registration will close on September 8th. Three libraries will be randomly chosen to receive this donation.

Steam Park by Iello (MSRP $54.99)
Players: 2–4 / Ages: 10+ / Play Time: 60 min
In this management game, you will build your own gigantic, coal-powered amusement park and make it the largest and most profitable in the annual fair. By constructing the three-dimensional, beautifully designed rides, you will see your park grow right before your eyes.

Vast: The Crystal Caverns by Leder Games (MSRP $65.00)
Players: 1–5 / Ages: 10+ / Play Time: 60–90 min
In Vast, you will become part of a new legend… Any part you wish! Play as the classic, daring Knight, the chaotic Goblin horde, the colossal, greedy Dragon, or even the Cave itself — powerful, brooding, and intent on crushing the living things that dare to disturb its gloomy depths. Each role has its own powers, pieces, and paths to victory, but there can be only one winner.

Dungeons & Dragons: Assault of the Giants by WizKids (MSRP $79.99)
Players: 3–6 / Ages: 14+ / Play Time: 60–150 min
In Assault of the Giants, players send their giants out to wage war on each other and the small folk. However, the game’s real strategy lies in each player’s ability to pursue their giant race’s unique agenda, not only through combat but also through clever card play.

PHD carries a full line of Board Games, Card Games, Role Playing Games, Tabletop Miniatures Games, Dice, and Gaming Supplies from the industry’s top publishers, and they are now making them available to libraries across the country, at a substantial discount.  Contact them at info@phdgames.com or call 407-571-1250.