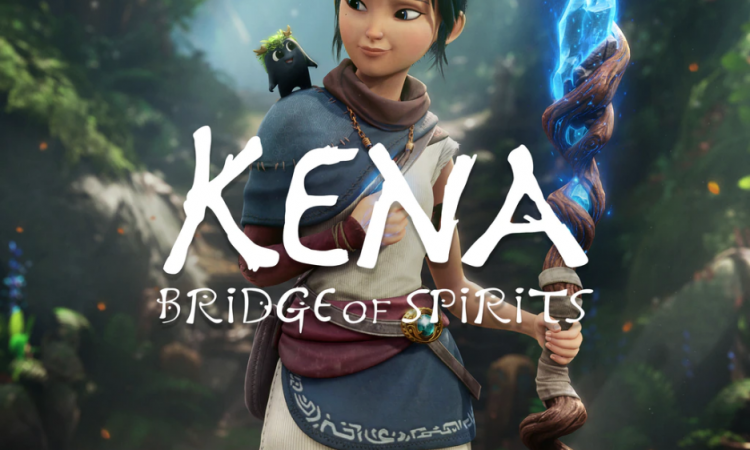 Kena: Bridge of Spirits is a fun action-adventure game with light RPG elements and a surface appearance of cute artwork and engaging characters.  This surface appearance, however, masks and softens a great emotional depth behind the story and gameplay.  The game deals with themes of loss, grief, and sorrow.  The main character is seeking her way in the world after the passing of her father and in the process she helps ease the passing of the spirits of people that she comes across, some of whose pain and grief has twisted into anger and aggression.  These themes are explored in a game world clearly inspired and based on Asian cultural elements with a soundtrack of soft, gentle music featuring strings, flutes, and percussion that fits well with the setting and gameplay.

The game has different difficulty settings including a “Story Mode” for those who like minimal challenge but want to enjoy the story of the game.  The game does have accessibility settings in the control menus that should help make this game more accessible to a wide range of players, but there are still some challenging moments in the game.  The game can be paused and saved during gameplay.  The game is quite linear, a world slowly unlocked and revealed in a very particular way as the story progresses and the player learns new abilities and learns the story of the world.  The world and the story are tightly bound together and the mood and feel of the of the world all work very well together to build the players emotional involvement.  The game is moderately addictive in very much the way that a good book is.  It tells an engaging story in a good way that makes the “reader” want to continue reading until the story is done, but not so much so that one wouldn’t mind stopping for the night and picking it up another day.  Also similar to a good book, the storytelling is such a key part of this game that I suspect that one might “reread” it at some point, like a favorite book, but is unlikely to get caught in an endless loop of neverending addicted gameplay.  There are plenty of great interactions with the cute little Rot friends, and I think there are some animals that you might be able to interact with as well.  This game might inspire players to explore Asian cultures, religion, and spirituality, especially with regards to death, loss, and grieving.

Verdict: This story-driven game would be a great choice for a wide variety of libraries as it has a short enough play time that it can probably be fully completed during a checkout period, and the story is well worth being experienced by everyone from teenagers through adults.

Kenya: Bridge of Spirits on Emberlab.com

Joshua Newport is a Math and Science Librarian at Illinois State University and a member of the GameRT Membership & Promotion Committee. His research interests are mostly about involving games in the education process as well as using games socially in an academic library to bring students into the library in a low stakes way and enhance their comfort in being there and to provide a social setting to provide a sense of belonging for students.