Hello from sunny Bournemouth; where Bill Bryson cut his teeth as a journalist, Robert Louis Stevenson wrote The Strange Case Dr. Jekyll and Mr. Hyde, J.R.R. Tolkien retired, and Mary Shelley is buried. Bournemouth is a busy seaside town on the south coast of the UK, with twelve libraries serving a population of around 180,000.

Our largest town centre library has taken part in International Games Day (IGD) for the last three years, but 2015 was the first year we attempted to run events in all twelve of our libraries. The success of these events was pretty varied. The busiest of our events at our town centre library led to an increase in footfall of 15%. At the other end of the spectrum one of our community libraries had no participants at all. 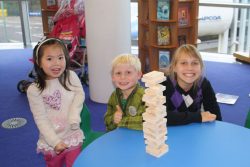 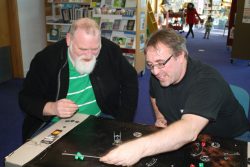 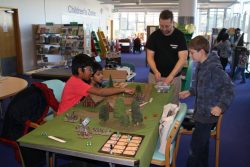 From our experiences last year we have learned a few things about ways to increase the likelihood of an IGD event being successful.

All of our events were positively received by the public, especially those aimed at children. A number of those attending asked for us to run more regular games and play activities. As a result of last year’s IGD events, one of our community libraries has started an after-school chess group. At our largest library, we have started a word games and logic puzzles group for adults and are investigating starting a Lego club for children. 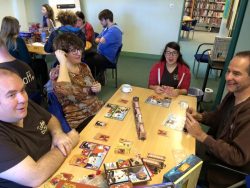 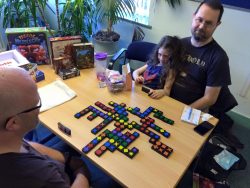 Darren Edwards is Operations Manager for Bournemouth Library, UK. He has been a tabletop gamer for over two decades, initially wargaming then discovering roleplay and modern board games whilst at University.