Pokémon Go is a cultural phenomenon. Released early July 2016, Pokémon Go is an augmented reality game that has truly augmented the world beyond the scope of a mobile screen.

What is Pokémon Go?

In Pokémon Go, players become Pokémon Trainers who endeavor to catch wild Pokémon that appear in different real-world locations, hatch them from eggs by accumulating distance by walking around, and battle for gym leadership. The mobile application is essentially a Pokémon overlay on a real-world map wherein real locations may be shown as Pokémon Gyms. Pokémon Trainers vie for leadership of gyms by battling their collected Pokémon.

How is Pokémon Go valuable to libraries?

Since its release, Pokémon Go has changed public spaces and fostered a sense of collaboration as people from all walks of life share in and enjoy this transmedia storytelling experience. Players engage at an intersection of both the physical and virtual worlds, a place where librarians can meet them to foster multimodal literacy.

When players reach level 5, they are then able to participate in gym battles and select a team. In Pokémon Go, there are three teams: Team Mystic, Team Valor, and Team Instinct. 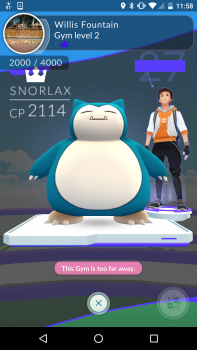 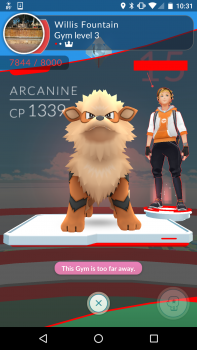 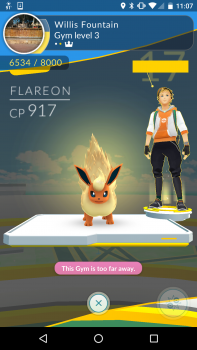 As part of the fun activities of this year’s IGD, we are hosting a Library Pokémon Battle Map which shows team leadership at gyms at libraries all over the world. Librarians can report which Pokémon Team is in control of their library’s Pokémon Gym using the Pokémon battle form. Once you have entered your library’s information, you will have the option to edit the form to update the information as it changes each day or as often as you would like.