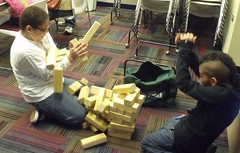 The surveys are in, and what comes through loud and clear is that National Gaming Day @ your library continues to strengthen communities and bring diverse groups of people together. As the heart of the community, the library remains the most viable institution to bridge generational gaps, enable new social interactions, and reinforce positive connections in a truly inclusive environment.

This year’s numbers and anecdotes again tell a story too often missing from today’s news: families taking time to play together; teens and seniors teaching each other to play their favorite games; kids playing together who wouldn’t even talk to each other at school; students from foreign countries playing universal games that overcome language barriers; kids learning how to play together, take turns, and demonstrate good sportsmanship; participants seeing their libraries and librarians in a new light; and so much more. 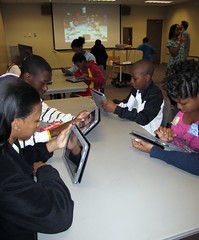 The numbers help illustrate what happened on National Gaming Day:

But the numbers aren’t the real story. Once again the true spirit of the day is what happens at each library, as the following anecdotes provided by librarians prove. 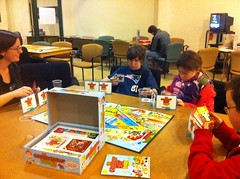 We also want to thank FamilyAndPartyGames.com for their generous donation this year, which helped make this year’s National Gaming Day such a great event.

Take note: we’re moving this annual event up a week from the second Saturday of each November to the first Saturday of the month, so the newly named 2012 International Games Day will take place on Saturday, November 3rd. Mark your calendars now so you’re ready for next year!
See also: