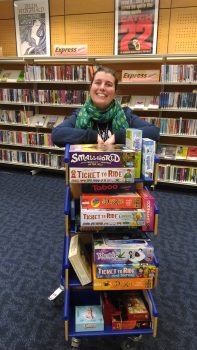 Norwich Millennium Library Budget: printing expenses for up to £10

Norwich Millennium Library’s International Games Week activities were prepared over the course of six months, both in time slots booked for preparation and in spare time. During the day 5 members of staff were all actively involved in supervising the different activities taking place in different areas of the library. This also involved preparing and adapting spaces (moving display cubes and shelves, adding tables and chairs) to the increasing numbers of participants. 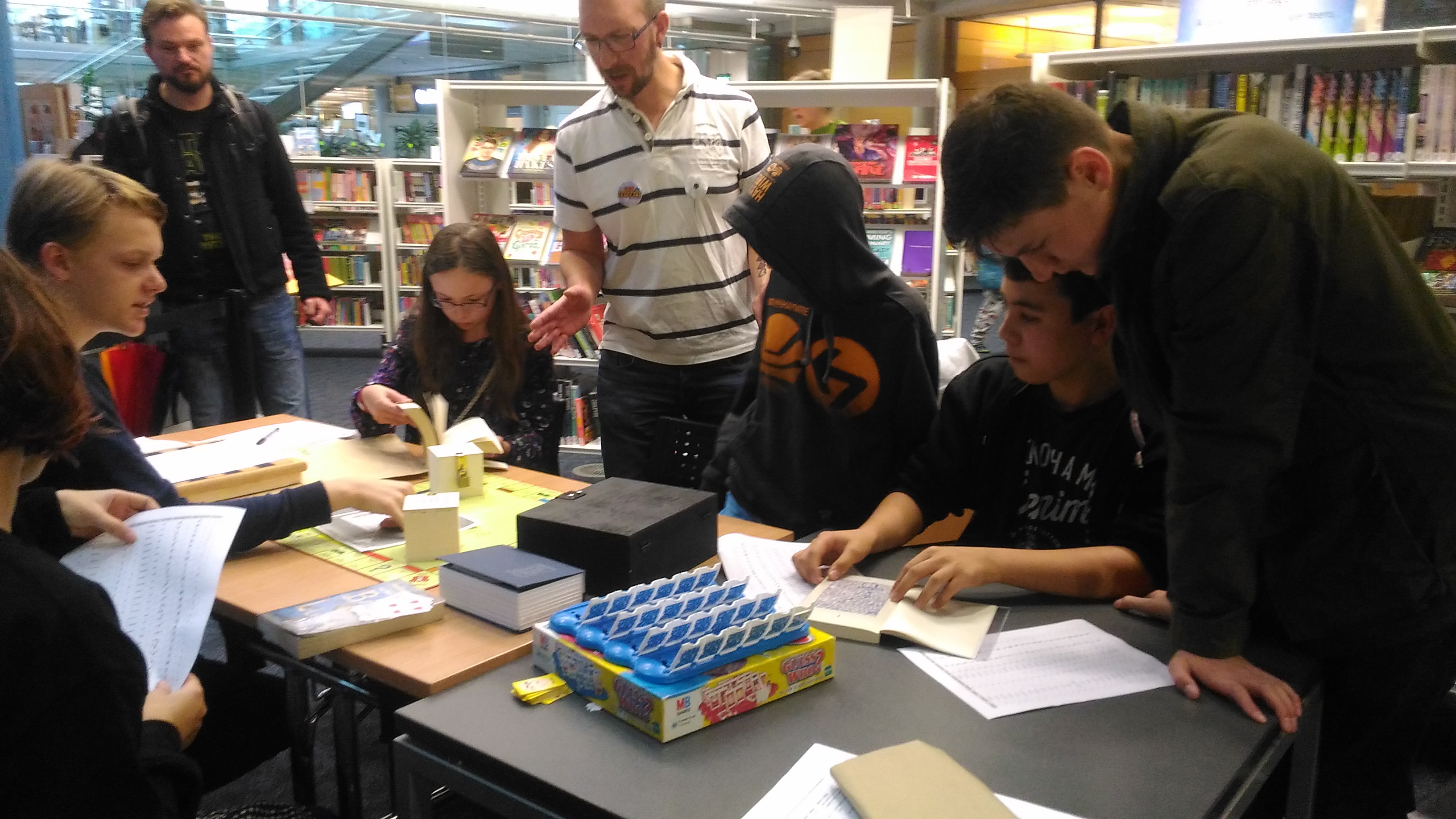 Participants: 6 young people in the first session (age ranging 10-17) and 7 young people + 2 adults in the second one.

This activity was advertised as a workshop to learn how to design escape games. At the beginning of the activity we pretended that something went terribly wrong and the librarian who was supposed to deliver the workshop had gone missing. A fake tannoy was the signal that the escape game had started. Participants were now in the game, trying to find the missing librarian. A complicated scheme of more than 20 puzzles (using padlocks, codes, machines, Arduino and several other ingenious tricks) led the participants to unlock the librarian’s briefcase and solve the case. At the end of the game, Norfolk Developers Society explained the mechanics behind every riddle, showed the participants a plan of the game and gave out some handouts to learn about different types of puzzles.

“The Escape Room event was brilliant – wonderful to see a diverse group of kids (age, sex, ethnicity) working together and using a range of thinking skills”.

“This was a great idea – please can we have this for adults too?” 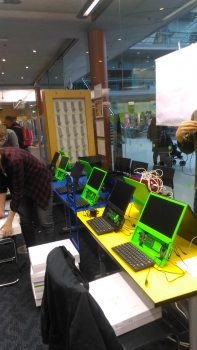 The Raspberry Pi Workshop showed incredible demand by users. Both sessions that had been planned were fully booked up shortly after advertising them on Home-Ed groups on Facebook. A third session was added which fully booked up as well. We had spare Pi-tops and some children were happy to join in. The activity consisted of playing Minecraft on a Raspberry Pi, showing children how to code on a device that by itself can be purchased for less than £10.

This activity linked in very well with the BBC micro:bits which we’ll be supplying as a library. 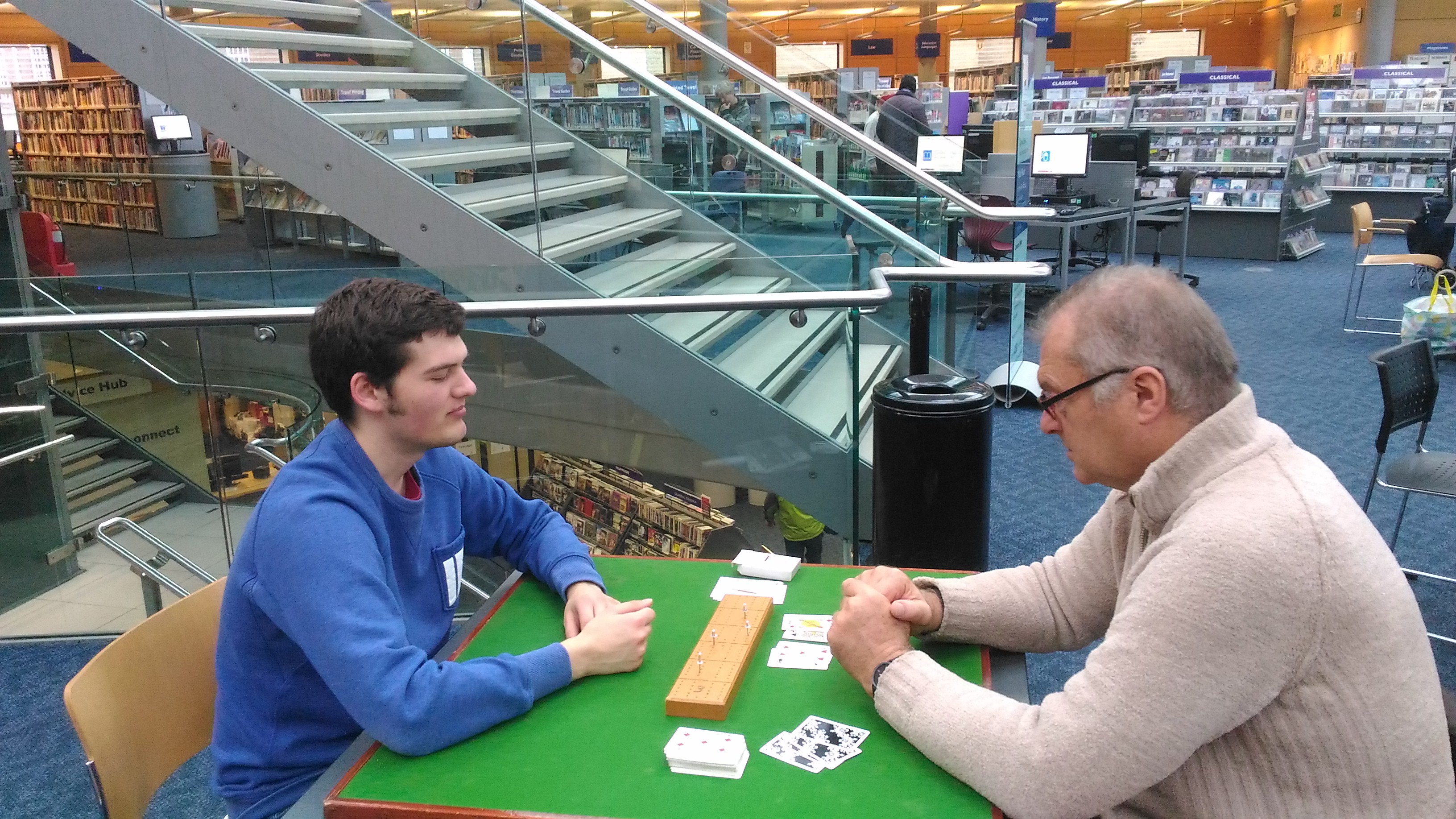 Delivered by a volunteer and their Cribbage club. Supervised by members of staff.

The activity consisted of a vintage games afternoon (Cluedo, Scrabble, Chess etc.) and a Cribbage workshop which was very popular among people of all ages (ranging from 17-18 year-olds to elderly users). 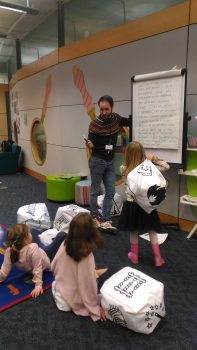 Children were able to play with giant StoryCubes kindly donated by Esdevium Games (now Asmodee UK) and tell stories with them. The crazy narrations were recorded on a whiteboard by the staff member running the activity, who regularly went back to reading the story from the beginning to recap. A lot of laughing and a lot of fun.

Feedback: “Thank you for letting my children use their imagination. Please do more activities like this in the children’s library.” 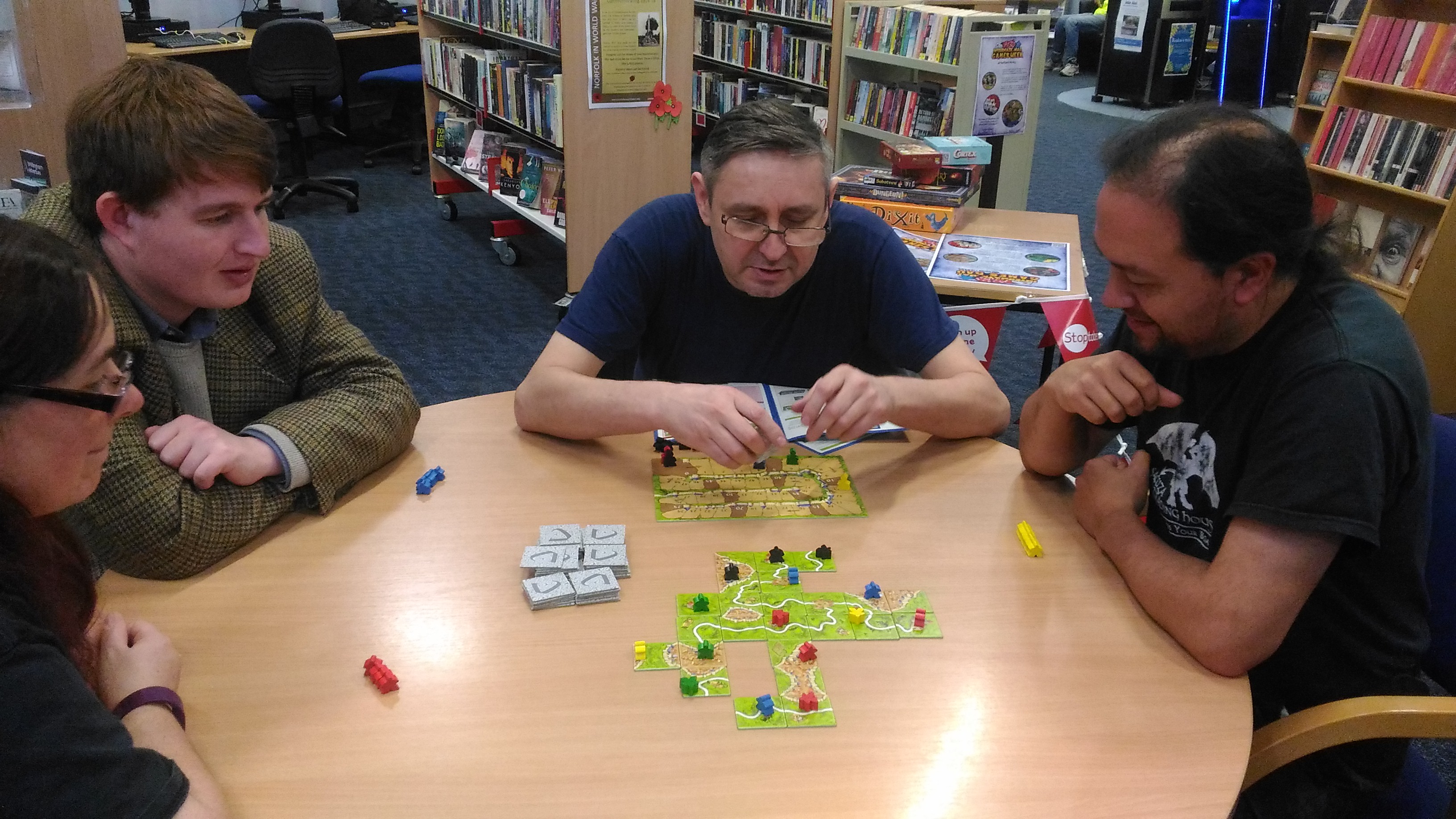 The boardgame marathon was a success. The activity was organised thanks to donations gathered by local business and by Esdevium, reaching an astonishing £300+ worth of boardgames. We had two local businesses promoting their own games, and showing people how to play. We had a lot of interest from customers passing by so that we had to set up 2 additional tables from what we had planned. In the same room there were families, gamers, non-gamers, old couples and young people playing together.

Feedback: “It was well attended and everyone seemed to be enjoying themselves. There appeared to be a lot of people new to boardgames, which can only be good for our community. Congrats to the demonstrators, helpers and organisers!”

“I attended this today and as novice found it great. My wife and son also got a lot out of it”