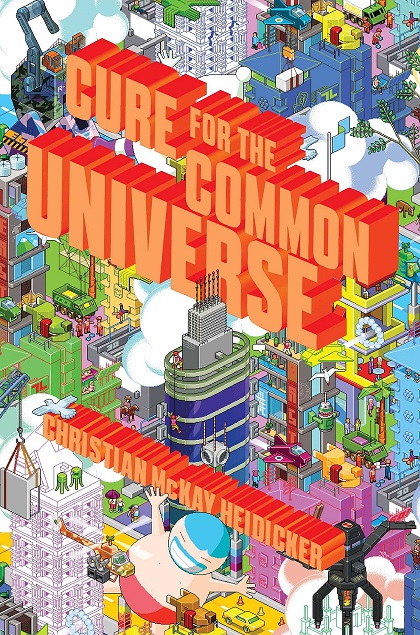 International Games Day is pleased to have Simon and Schuster Children’s Publishing sponsor 100 copies of Cure for the Common Universe by Christian McKey Heidicker.

This novel, for ages 14 and up, is a debut novel about a young man who is about to discover what real life is about. Cure for the Common Universe follows 16-year-old Jaxon as he learns to strike a balance between playing video games and tending to responsibilities.

The book captures a lot of angst and turmoil associated with video game culture and offers itself as a springboard for discussions related to healthy media habits, self-reliance, and learning valuable life lessons.

Praise for Cure for the Common Universe:

“A plugged-in young adult comedy about the pain of unplugging… perfect for teen gamers and readers who are fans of Jesse Andrews and John Green.”
– School Library Journal

“Heidicker’s debut crackles with twitchy energy… this is a fun, absurdist romp through gaming culture, populated by zany characters and a quest narrative worthy of its own game.”
– Booklist

“Where the novel really shines is in Jaxon’s interactions—as a white, upper-middle-class boy—with campmates who are diverse in terms of both ethnicity and sexuality, and who challenge some of his preexisting assumptions. In confronting Jaxon’s privilege and complicated family history, the book eschews easy answers for a more authentic ending that promises that the work of self-improvement is ongoing and difficult.”
– Publishers Weekly