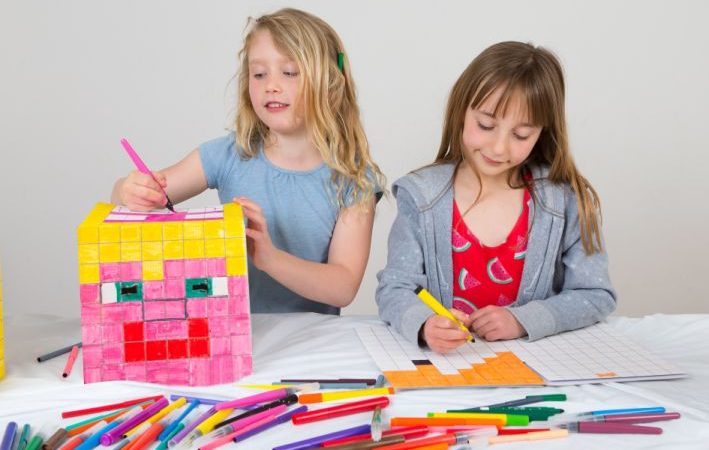 BoxHead Craft is the world’s only manufacturer of blank BoxHeads for kids to design, decorate and play. Popular as rainy-day pastimes, birthday presents and party activities these neat little boxes are a hit with children and parents alike.

As a sponsor of International Games Week BoxHead Craft is offering party packs of 10 BoxHeads to the first 25 UK libraries to sign up. 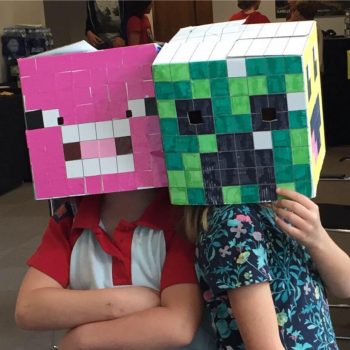 “I had half a day off to watch my son in a school play. I told him that I’d got this (The BoxHead) on test and I’d also got a new Android games console on test. When he got home from school, he had the choice of “testing” either one and actually went for this (The BoxHead) first. That’s a good sign.”

As well as being a fantastic activity in themselves the BoxHeads can increase capacity for those libraries where LANs are oversubscribed.  An area for crafting can be managed alongside an area for gaming and give your event a little extra colour and buzz.

BoxHead Craft recently attended the UK’s leading Minecraft event, Minevention where the BoxHeads were a huge success with kids and parents, providing an activity that both could enjoy together.

Parents are big fans of BoxHeads wherever they appear. In October 2016 BoxHead Craft ran a Halloween-themed event at Guildford library and here’s what one mum said…

“My boys (5&8) loved getting creative this afternoon with their Boxheads. Both lads came out very proud of their creations and are currently trying to decide where to put them in their bedroom!” 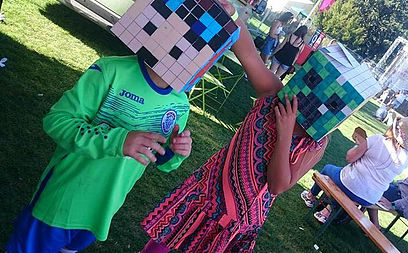 Leading YouTubers at Minevention judged a BoxHead craft competition and all were impressed with the very creative and hugely diverse designs, and if you’re interested in seeing them visit BoxHead Craft’s YouTube channel.  Perhaps you could announce something similar to bring a competitive element to your library’s activities.

Remember the visual element of the BoxHeads lends itself really well to your social media posts too as well as providing a fantastic photo opportunity for your local media when reporting on your International Games Week programme.

We’re confident that having BoxHeads at your International Games Week events will be an incredible draw!

This donation can be claimed at http://bit.ly/uk-igw-donations
This donation is not available outside the United Kingdom.