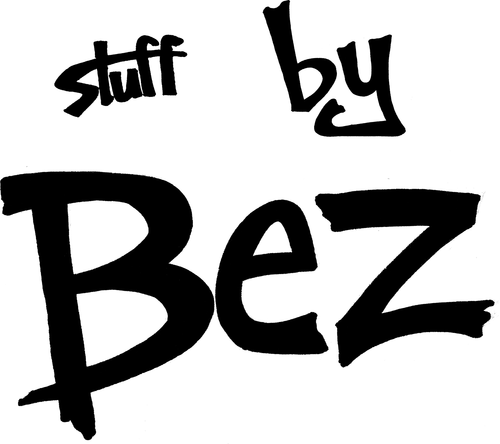 The last of our UK sponsors is Stuff by Bez who has kindly donated copies of In a Bind, In a Bind Junior and Wibbell++

Stuff by Bez is the brainchild of London based games designer, artist and self-publisher Behrooz ‘Bez’ Shahriari. Since 2015 she has published a new game every #BezDay (1st August) and will be donating copies of these games to UK libraries participating in International Games Week.

In a Bind is a party game of physical constraints for 3 to 10 players. Players test their bodies as they are challenged by simple instructions that must be obeyed for the duration of the game. With instructions such as “ear on shoulder” and “this card in middle finger” you twist and contort as you draw your next card to add to your challenge. Perfect for parties, general merriment and making new friends at the library this International Games Week. In a Bind will be republished internationally by French publisher Gigamic, under the new title Yogi. In a Bind Jr takes the basic premise of In a Bind but uses simpler binds, added animal noises and whimsical creatures to bring the game to children aged 4 to 8. In A Bind Jr is simpler (and sillier) and has been proven to still be fabulous fun, even for adults! Not only is the game great fun but is also being used by occupational therapists to aid child development. Children playing practise their reading, learn the names of basic bodyparts and develop fine-motor skills, co-ordination and dexterity. Wibbell++ is the latest game from Stuff by Bez, released on BezDay 2017. Wibbell++ is a game system, a deck of cards – each with a pair of letters, designed to support many different games! Just as you can play thousands of games with a standard deck of playing cards, the Wibbell++ game system is versatile with a large variety of possible games. Wibbell (the ‘flagship’ game) is a speed-based word game that involves shouting out words that contain particular letters. As you collect more cards, the game becomes more difficult until the end of the round. Round handicaps give the game some more strategy and gives everyone else a chance to catch up. Five different rulesets are included as part of the deck with further games available to download as pdfs.

Keep up to date with new developments from Stuff by Bez by following on Twitter @stuffByBez or signing up to the mailing list available at www.stuffbybez.com

This donation is only available to UK libraries participating in International Games Week and can be claimed by filling in the UK donations form bit.ly/uk-igw-donations