When the 2015 International Games Day was announced, I was a new Children’s Librarian, at the Bel Air Branch of the Harford County Public Library, in Harford County, Maryland. During the short time I had been at the library, I had acquired a reputation as the resident gamer/nerd, so my boss asked if IGD was an event I would like to run. I jumped at the opportunity and approached planning with a few goals.

After months of preparation, the day finally arrived. It was a resounding success. We had a total of 70 participants, with the majority either elementary aged or adults. Most of the participants stayed the entire day, playing pretty much every game we had available.

Thanks to three local gaming stores, Critical Hit Games, Xpanding Universe, and Bel Air Games, along with several volunteers giving their time and materials, we were able to offer a wide range of activities including board games, miniature painting, card games, miniature games, and Dungeons and Dragons.

One particularly popular board game was Get Bit. In Get Bit, each player plays as a multi-part pirate, with the goal of outswimming the shark chasing them. Players secretly choose from a hand of cards ranging from 1 to 5, with the lowest number moving to the back of the line. The final person at the back of the line gets bit, and the player must pull off a body piece. The kids had a blast yanking arms, legs, and heads off, and putting them in the shark’s mouth! 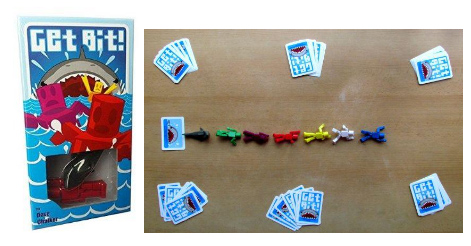 Another very memorable moment happened while our volunteer Dungeon Master ran an intro game of Dungeons and Dragons. One of the players was a hesitant Mom, who was playing only because her son begged her too. Before starting playing the Mom had confided that this was not necessarily her thing.

After about 15 minutes playing, I overheard the Mom celebrating when her character succeeded at slaying a monster and groaning loudly when getting mauled by a wolf. At one point the Mom stated, “Ok I think I am getting this, this is pretty cool!” After the event, she approached me and we chatted a bit about the benefits of games like Dungeons and Dragons for the imaginative play, social interaction, and reading comprehension they teach, I think she left viewing gaming in a more positive light. 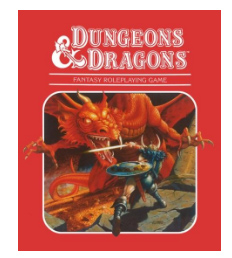 IGD was an extremely rewarding experience, and I left work already excited for next year. It was great seeing elementary aged kids playing alongside adults and middle schoolers, with everyone smiling and having a good time. I overheard several commenting that they would like to play similar games in their own homes. I would strongly recommend anyone considering participating in IGD to give it a try, which leads me into some of my tips and lessons:

Before signing off, I want to thank Critical Hit Games, Xpanding Universe, Bel Air Games, and my volunteers for making IGD such a success! See you all next year, if not before.

Our guest post today is from Jake Hutton. Jake is a Children’s Library Associate at the Harford County Public Library.